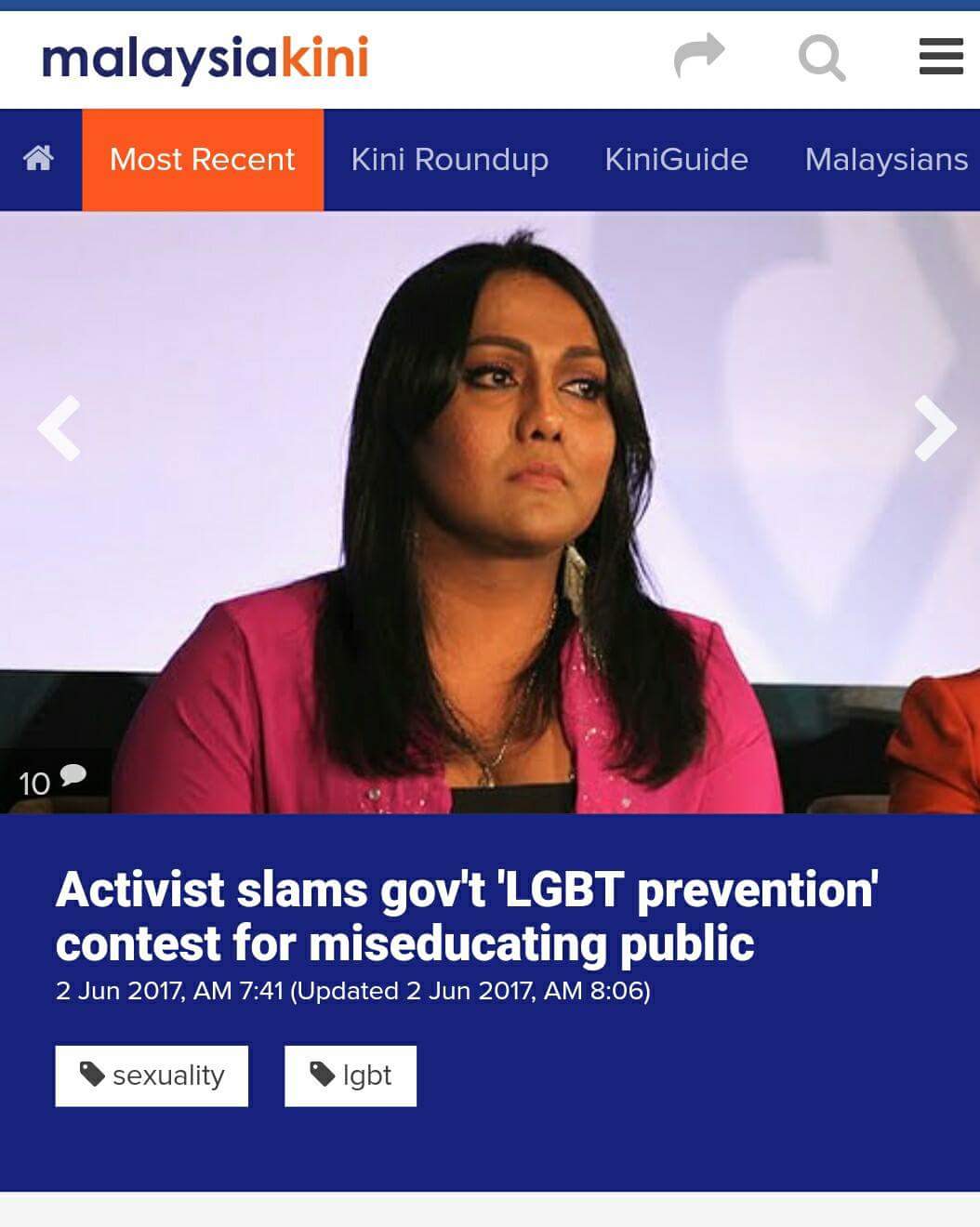 I-Medik is of the opinion that the efforts organised by MOH is commendable and appropriate in responding to the national health data on the prevalence of HIV and AIDS in Malaysia. In the recently published “Global AIDS response progress report Malaysia 2016 in ending AIDS by 2030” (Malaysia Global AIDS 2016) it has been revealed that apart from people who inject drugs and female sexual workers, 2 other groups that represent populations most affected by AIDS epidemic; with HIV infection rates exceeding 5% are; men who have sex with men (MSM) or gay and transgender people (TG). To be exact, it was 8.9% in MSM and 5.6% in TG.

Nisha’s labelling of the health staff workers in MOH as ‘transphobics’ or imposing hatred towards transgender communities, is irresponsible and made with malicious intent. The claim was not substantiated by any evidences, when these staff have all these while show nothing but dedications in carrying out their jobs dutifully, managing HIV/AIDS infected patients among the LGBT communities without any prejudices.

I-Medik would also like to stress that often, going by testimonials and interviews by media, a transgender may deny practicing or involving in unsafe sex practices depending on their sexual orientation. Some of them may fall under the category of transvestite, someone who dresses in what would conventionally worn by the opposite gender, and acts in that manner which has nothing to do with sexuality.

But researches which were carefully designed to protect privacy and ensured anonymity as well as clinic data that recorded their social working history, would tell a different story. The above Global AIDS 2016 report stated that more than 80% of transgenders are receiving money for sex, and the number has been consistent in surveys done in 2009, 2012 and 2014. In reaching the best decisions, health authorities have to rely on the practice of evidence based medicine.

Nisha Ayub abhors the fact that MOH is working together with JAKIM. Addressing health issues from the religious point of view is not something new in medical sciences. This is due to the fact that societies are heavily influenced by sociocultural and religion factors. Many studies have stated the significant roles played by religions in health awareness and these papers are well published in reputable journals.

In defending the lifestyles, the LGBT communities champion the argument that safer sex practices through the usage of condom is the main key to alleviate AIDS epidemic, but the Malaysia Global AIDS 2016 have clearly stated that safer sex practices have only improved slightly among transgender, while among gay people, condom use behaviour was not getting any better. The report quoted a bio-behavioural study survey revealing that there’s an alarming trend of alcohol consumption and psychotropic drugs used prior to having sex among transgenders and gay people that impede the proper use of condom during sexual intercourse.

Homosexuality, transgenderism, drug and alcohol consumptions are all impermissible in Islam. Malaysia has adopted Islam as the religion of federation, which has rightly addressed all these high risk behaviour through the Constitution, the state laws and enactments to ensure that we are free from AIDS and HIV epidemic as well as other sexual transmitted diseases as much as possible. Given the fact that 80% of transgender communities are Muslims, it is therefore completely reasonable and acceptable for MOH to cooperate with agencies like JAKIM in addressing the health menaces befalling the nation. When Nisha Ayub argued from the United Nation Human Rights’ perspectives, he forgot that the work contributed by religious agencies like JAKIM is in line with the appeal from the United Nations Children’s Fund (UNICEF) in prompting a nation to develop and maintain links between the religious groups, government, media, and stakeholders in fighting the HIV/AIDS issues.

I-Medik therefore expresses its full support for MOH in creating awareness on the epidemic on HIV and AIDS and its relation to LGBT lifestyles as evidenced in our annual health report. We also laud the effort to use methods appealing to the youth, in the form of video competition that will allow them to explore the subject in a positive and creative way.